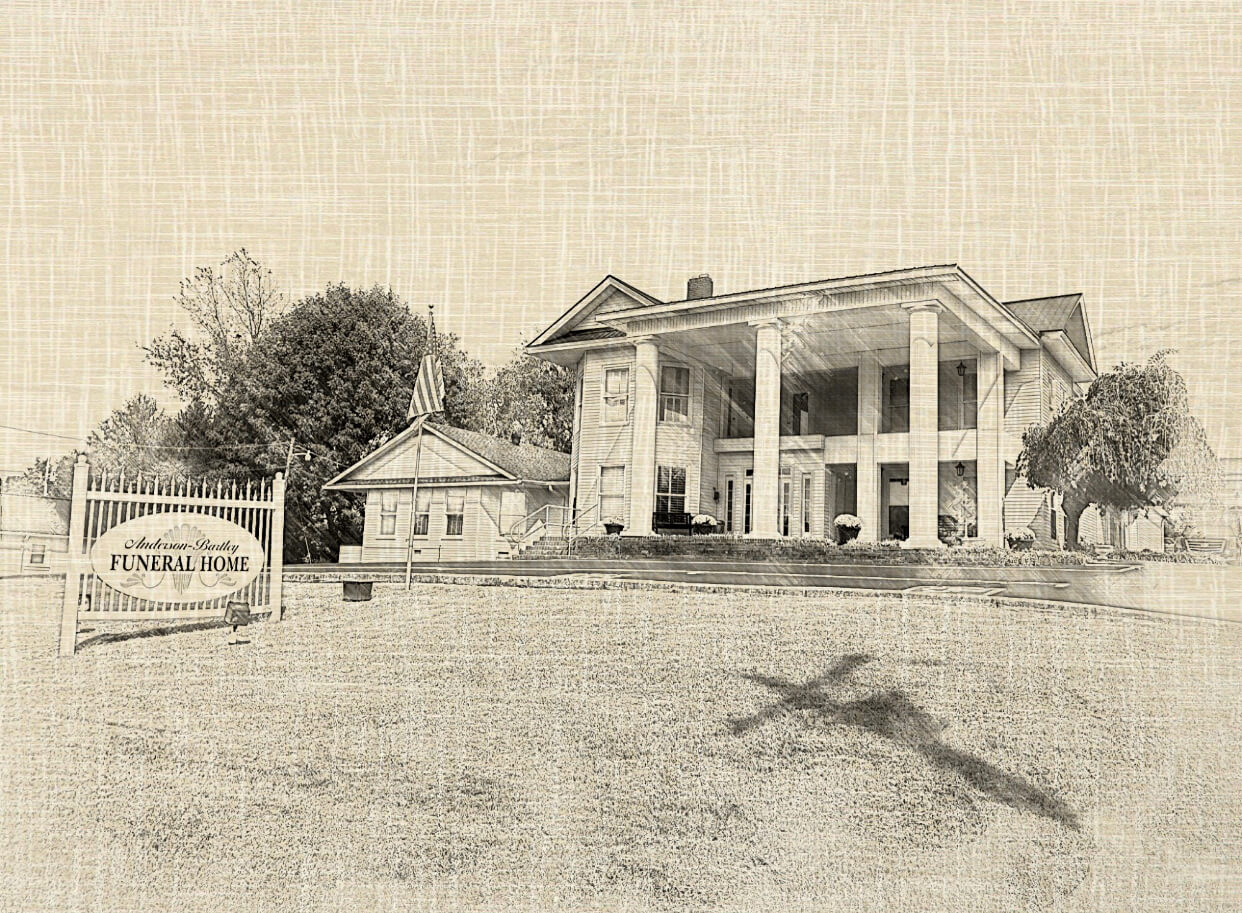 The beautiful funeral home was built in 1910, by the Eagle Family, and was the boyhood home of the late Joe Eagle, U.S. Congressman of Texas, and was the home of J.C. Carter, Sr., Circuit Judge of Monroe County. The land where the building is located was once owned by the family of Preston Leslie, former Governor of Kentucky and Montana. This was the childhood home of the late Congressman Dr. Tim Lee Carter; Mrs. Pearl Pace, first women sheriff in Kentucky; J.C. Carter, Jr., circuit judge; Abe Carter, former attorney; Mrs. Mae Taylor, teacher, and writer; Mrs. Jessie Harlan, master commissioner; Mrs. Lizzie Bryant, homemaker; and Mrs. Vivian Hayes, draft board consultant. In 1970 the building was placed on the Registry of Historic Landmarks.

The Anderson-Bartley Family bought the businesses in July of 2019, some 52 years after the business was started in Tompkinsville.  At Anderson-Bartley Funeral Home, we are here to treat our friends and neighbors with nothing but care, compassion, and honor from beginning to end.  We look forward to carrying on the tradition of "Exceeding Expectations" for many years and generations to come.

A year of daily grief support

Our support in your time of need does not end after the funeral services.  Enter your email below to receive a grief support message from us each day for a year.  You can unsubscribe at any time.